Aeries allows schools to establish a Primary and Secondary ADA Time for typical school days throughout the year, as well as alternate date-specific ADA Times for days that operate with a different schedule, such as an early release date. The Secondary ADA Time is used for students who are not enrolled in a class that meets during the Primary ADA Time.

The Bell Schedule is used to determine which period aligns with the ADA Time. Like the ADA Times, bell schedules can be established for typical days and alternate date-specific schedules.

The following chart demonstrates when a student's All Day Code is populated based on attendance during the ADA period: 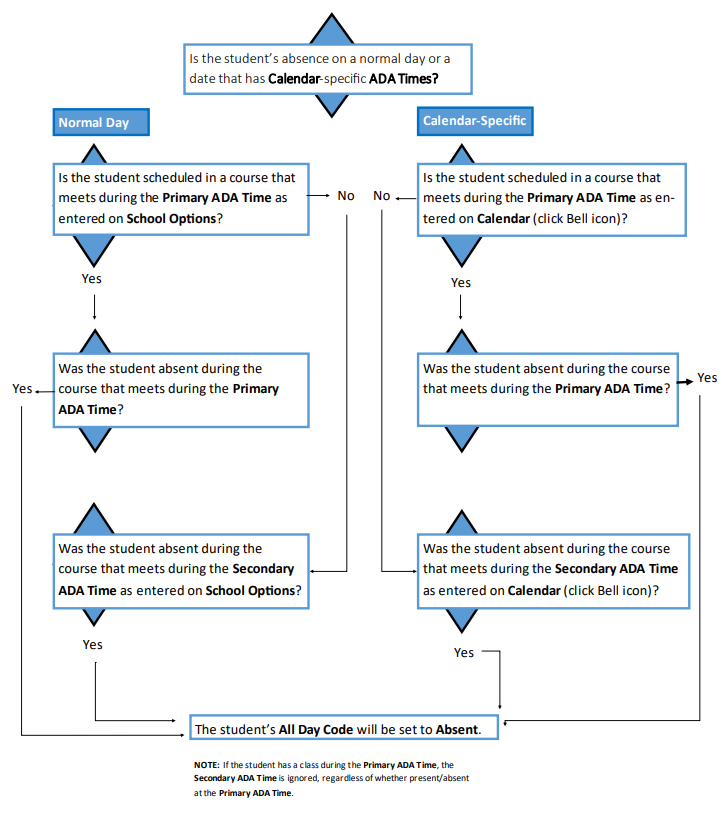 Previous Article: Should the Calendar be Modified for ADA Maximization? Next Article: Items to check when Teachers can’t take Attendance when school has started