The Fall 2 tab includes a new extract, the Post-Secondary Status (PSTS) file, that applies to the previous academic year cohort. The extract collects information on two groups of students:

A new Secondary Student Data (SSD) field has been created for the Post-Secondary Status code (PSS) and MUST be populated in the prior year's database. 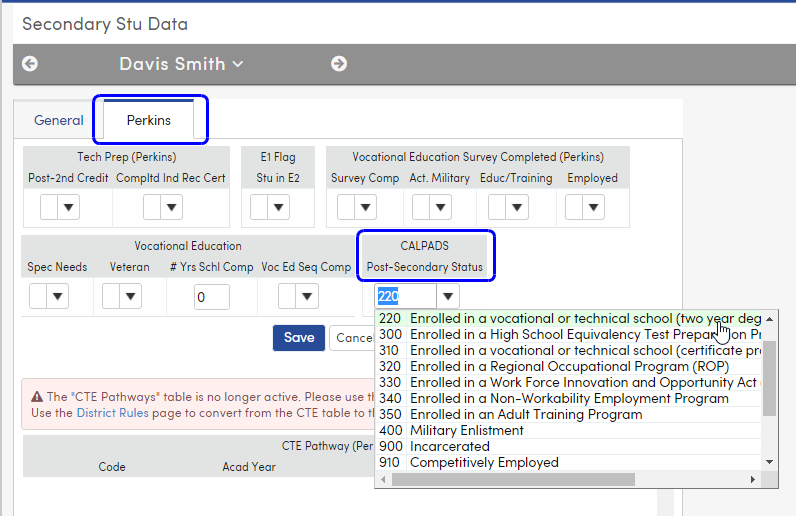 If they wish, districts may store the Post-Secondary Status data for all students in the field provided whenever they receive survey results; the Fall 2 extract will only include CA Partnership students and CTE Completers.

Note:  When entering the Post-Secondary Status for students, make sure to populate the SSD.PSS field in the prior year's  database at the school where the primary enrollment's final exit was recorded for the student, regardless of where the CTE Completer status was earned. It should NOT be entered into a student's secondary enrollment school. 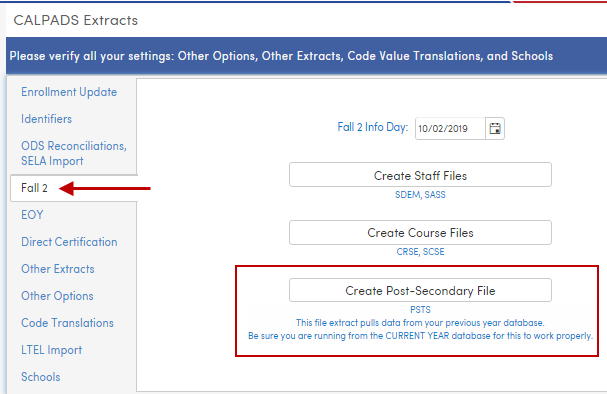 The CALPADS Update Flash #164 attached contains information on how to identify the students in the cohort who were CTE completers in the prior year.

Also attached is a power point with information on the PSTS file.