In October 2017, California's SB-179 (the Gender Recognition Act) was signed into law officially recognizing "nonbinary" as a legal gender in California. As such, we have built support for nonbinary genders inside Aeries.

To support California SB-179 we created a new GN field in Aeries in the STU table which replaces the old STU.SX field. Additionally, GN fields were created in IDN, ATS, MST, SMS, SMB, and TCH. Every page and report in Aeries was evaluated and adjusted appropriately to support district customizable Gender values in Aeries.

CALPADS supports nonbinary genders as of the 2019-2020 school year.   Per CALPADS:  In reporting a pupil’s gender in CALPADS, LEAs should report the current gender (or sex) that they have recorded for that pupil on the mandatory permanent pupil record. However, there is no specific requirement regarding what documents LEAs should review or require, or what specific process LEAs should follow, in determining the gender to be recorded on the mandatory permanent pupil record, or whether and when to update that recorded gender.

The new version of Aeries which includes the gender changes will ship with three default gender values: Male, Female, and Nonbinary. Districts can customize the gender values based on decisions made by their district by adding the codes and values in the Code Table. 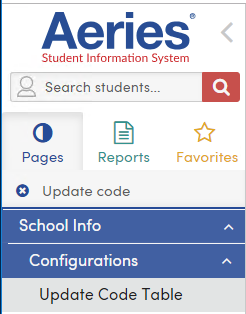 The Edit form will display.

Enter your custom Code and Description. Additionally, Aeries default gender codes can be inactivated if necessary.

More information on Code Table Management can be found here: 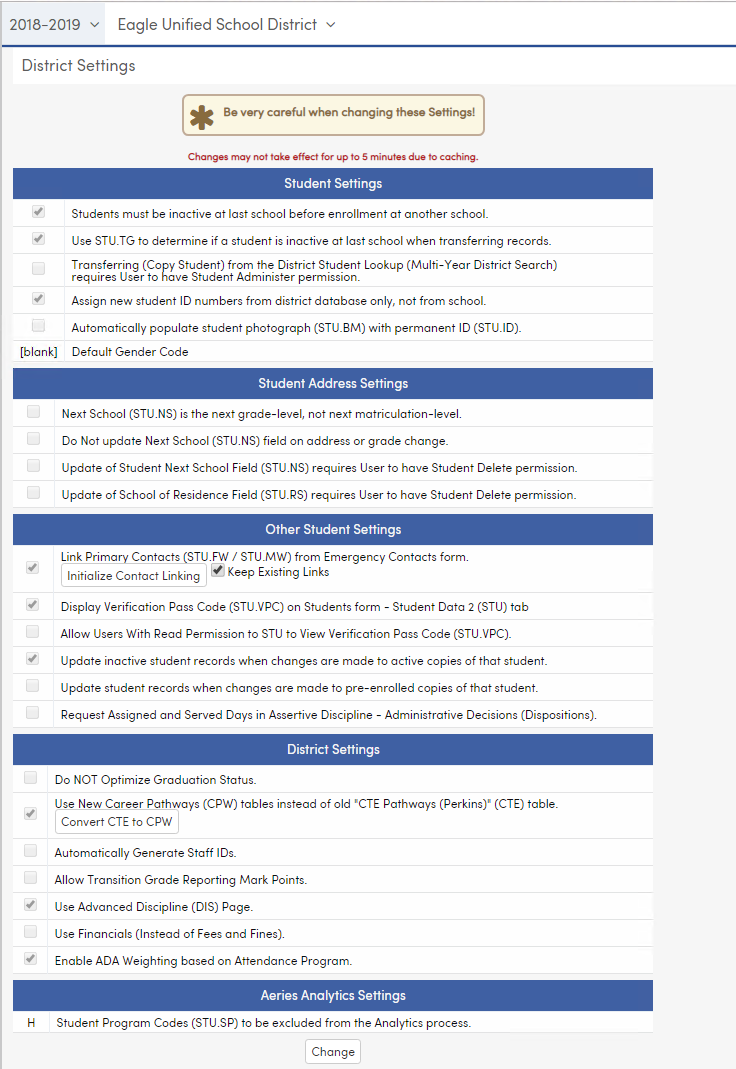 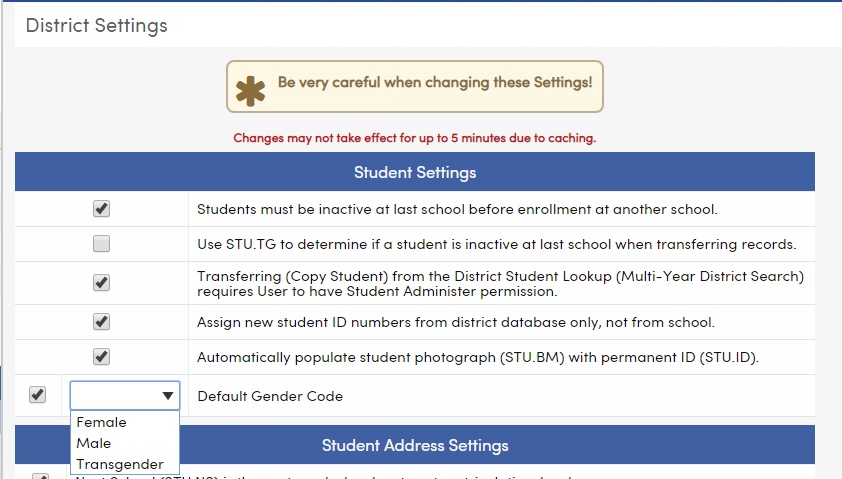 The new gender field is queried by using STU.GN. Aeries will continue to update the STU.SX field as you use STU.GN for backwards compatibility. Thus, both the STU.SX field and the STU.GN field will match, it will not be necessary to change any queries that use STU.SX to STU.GN.