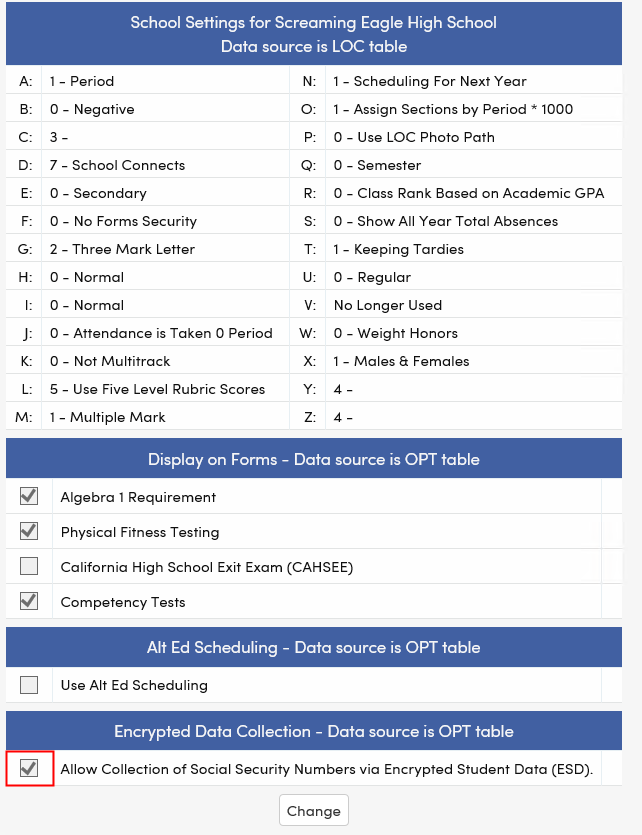 Access to the encrypted data held in the ESD table is controlled by two new security areas: Student SSN and Staff SSN. User accounts given security permission to the these two areas are handled as follows:

When the option to collect the encrypted data is enabled, the encrypted student Social Security Number field can be found in Student Demographics on Student Data 2. A Lock icon will display to the right of the State Stu ID field.

Clicking on the Lock icon will show the social security field hidden under the State Student ID field, consistent with the restrictions noted above.

In unlock mode, an Edit icon will display. When clicked on, the social security number field will display in edit mode and information can be added or modified.

After information is entered and the Lock icon is clicked on again, the Social Security field will again be hidden and the State Student ID field will display in its place.